All That Remains - An indiegogo campaign 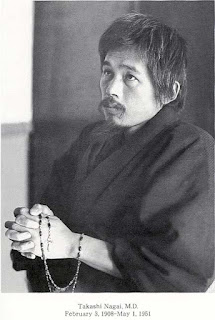 Taken from the film's indiegogo page:

All That Remains started out as an ambitious feature film project and it’s continued to grow in both scope and vision as we continually seek to do justice to this remarkable true story of faith and love amidst the horrors of war. In fact we now feel we are on course to producing a movie that will not only rival any with twenty times the budget we’ve had to work with, but will also stand as a fittingly unique and special tribute to a man once known as the Ghandi of Japan and the many victims who suffered, and continue to do so, as a result of the atomic bombings of Nagasaki and Hiroshima.

This man is Dr.Takashi Nagai, and you can find out more about him here or by visiting the film's indiegogo page, which I urge you to do.
Posted by R.E. Johnson at 5:09 AM No comments:

Email ThisBlogThis!Share to TwitterShare to FacebookShare to Pinterest
Labels: Acting/Film

At the end of February, I left the country and started a new job. I've been busy, but that doesn't mean there aren't awesome Cool Cats out there! If you know of someone whose catholicity only intensifies their coolness, please write me at reoljohnson at gmail.com and I'll do a post. 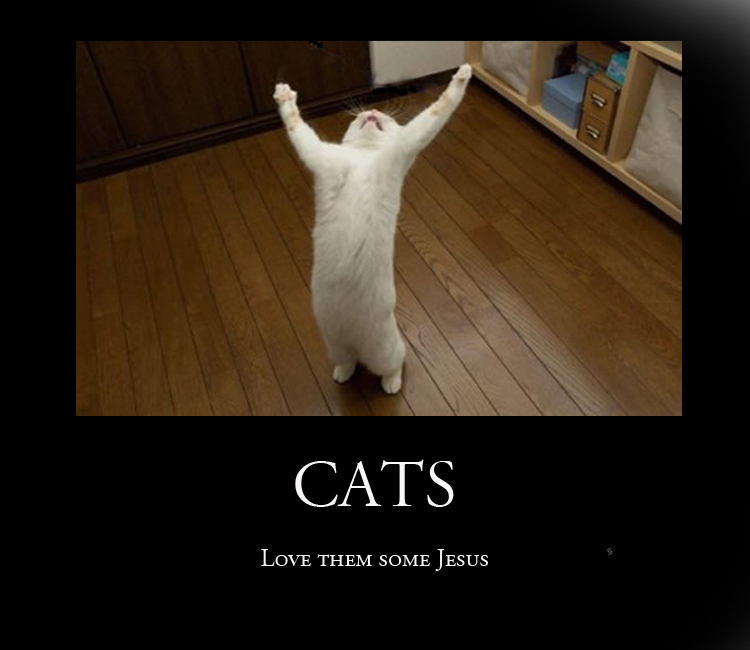 And so goes the first Cool Cats Skype interview! It was actually closer to 2.5 hours long and was jam-packed with info on the industry as well as advice for the aspiring artist. I'll see if I can wrap it up nicely in another video or an audio clip.

But, you know, I'm an amateur and that's going to take some time :)

Over at Noisetrade you can now download a winter sampler produced by Mysterium. That's nine wonderful, soul-nourishing tracks for merely visiting. If you like it, you should consider "tipping" on Noistrade or purchase some of their music from itunes.


About Mysterium (via the Noistrade page)
Mysterium is a community of artists that believe in the power of Beauty to save the world and restore authentic culture. While our music ranges from the sacred to the secular, it always wrestles with the mysterious intersection of art and faith in modern culture.
Thanks to Imagine Sisters for sharing this on their feed!

Email ThisBlogThis!Share to TwitterShare to FacebookShare to Pinterest
Labels: Music

What does heroic Catholicism look like? Is it going on national TV and eloquently explaining the Church’s teaching on life issues? Is it attending daily mass without fail, rain or shine? Is it dying as a martyr? To be honest, I’ve never done any of those things, in fact, most Catholics haven’t. Yet, we are no less called to be awesomely Catholic.

From reading this blog, you might draw the conclusion that Cool Cats are only people who are extraordinary (actors, athletes, etc.). This week, allow me to wipe that thought from your mind. Just as Jesus was a carpenter for most of his life, and whose famous disciples were fishermen, so too the friendly face at the gas station may be living out the New Evangelization with zeal.

No, really. Chris Ricketts, the guy behind the Warrior Catholic Show at blogtalkradio.com, is a night-shift manager at a gas station convenience store. When he’s not doing that, he’s probably working his other shift in retail. All of the time, though, he puts his vocation as a father, husband, and provider first. For now that entails humbly serving others to put food on the table.

Does it get frustrating? “You bet! If I let my pride get in the way of my higher calling as a Leader, Protector, and Provider for my family, I can let myself start thinking how I'm somehow better than the jobs I work and that I'm better than the people with whom I am working. I then have to have an internal smack-down where I remind myself that Christ would be in there washing everybody's feet and who the hell am I to think otherwise?”

Make no mistake, this guy is a fighter. Though our “enlightened” society would have us believe that anyone who can’t afford the latest ipad is truly desolate, a downright victim, Chris recognizes the riches our heavenly Father blesses us with. Indeed, much of our true wealth is stored in the treasury of the Church’s teaching, and it’s a treasury worth fighting for.

“When the Health and Human Services (HHS) Mandate came out from the Obama administration that forces Catholic institutions to go against the direct teachings of the Church, I was pretty ticked, to say the least...

I gravitated toward the idea that we are members of the Church MILITANT, and we are called to fight for the Truth and fight for the Faith. Hence the name, the Warrior Catholic Show. The term warrior Catholic isn't there to describe me, but all of us Catholics on earth who are by default members of the Church Militant. We are facing a great tidal wave rising against us. With the Lion of Judah leading us into battle, He cannot be defeated.”

For Chris, taking his place in the New Evangelization resulted in an online radio show/podcast, but that came after other very important steps.

"I think it is still important to maintain the simple things first. We should do our jobs, whatever they are, to the best of our ability. I maintain that the New Evangelization starts internally. A deeper conversion back to the authentic Faith.The New Evangelization is Christ centered. It is through a deep relationship with Jesus that we can convert our hearts and minds to the Truths revealed to and professed by the Catholic Church.”

Many Catholics whom you hear about today partake in the New Evangelization through new media such as blogs and podcasts. However, the best medium is you living authentically, and it is that which all Warrior Cats are called to.

“When we have the joy of the Faith inside us, it is something that we can't help but want to share because it is so beautiful, so freeing, so amazing. Our actions are what do that. Our willingness to stand up for the Truth if it is under attack. Our willingness to explain why we live the way we do. It cannot help but inspire curiosity at least.”

*Special thanks to Chris Ricketts for taking the time to chat with me and for providing such thoughtful responses.

More:
The New Evangelization
The Warrior Catholic Show
and
Facebook page
The Church and the new media

How to discern - Fr. Mike

Some cool advice for every Cat: 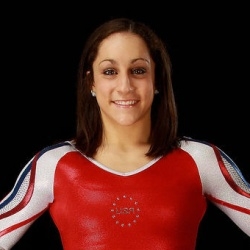 The small-town Michigan native showed an affinity for gymnastics early on. Like, reaching level 10 by age 10, the highest level in the junior Olympic program. Her advancement went at such a breakneck pace that her parents worried she would be sucked into the dark world of elite gymnastics. However, Jordyn’s own determination ruled out in the end, and her supportive family provided a wholesome balance.

As with most Christians, a healthy family is not something seen as separate from the faith life. According to faith, the magazine of her home diocese, Jordyn has said, “My parents have always made going to church as a family important. Sometimes we have to split up due to our schedules, but most of the time we are able to get to Mass together. It’s a very special family time and it means a lot to me.”

The church isn’t just a place for family time; it is family. Her home parish of St. Jude’s raised an astounding $11,000 in order to help Jordyn’s parents and siblings watch her compete in London. (Catholic Sun)

In London, you probably know Jordyn as the favorite who suffered disappointment in the All-Around, only to come back and contribute to the Fierce Five’s team title. It later came to light that she had been performing throughout the Olympics with a stress fracture. Though she claims that adrenaline kept her from feeling too much pain, it did limit her ability to practice.

"We want her to feel that she had the time of her life -- that she's had her shot, that she's fulfilled and doesn't have any regrets," Rita (her mother) said. "And I hope to God that she doesn't have to get first to feel fulfilled." (Detroit Free Press)

Does Jordyn have to have more than one gold to feel fulfilled? Are gymnastics the meaning of her life? “I like to look at my gymnastics ability as a great gift from God,” she says. “Without God in my life, I feel like there would be no meaning.” (faith)

R.E. Johnson
Two paws for typing, one mouth for meowing.